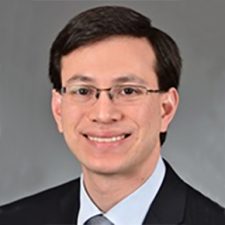 Dr. Alexander Cohen is a physician-scientist specializing in translational neuroimaging dedicated to understanding and treating autism spectrum disorders and other neurodevelopmental conditions. Alex earned completed his undergraduate, graduate and medical training at Washington University in St. Louis, focusing on use of functional neuroimaging to understand brain networks. He completed a combined residency in Pediatrics and Child Neurology at Mayo Clinic, during which time he became interested in childhood conditions affecting cognition including neurodevelopmental disorders.

Alex came to Boston Children’s Hospital in 2016 as a Behavioral Neurology fellow, seeing patients in the Autism Spectrum Center as well as in the Behavioral Neurology Clinic. He is also a Translational Post-Doctoral Neurodevelopment Fellow in the Computational Radiology Laboratory, focusing on improving our ability to study patients with autism spectrum disorders as well as localize the cause of specific symptoms across neurodevelopmental disorders.