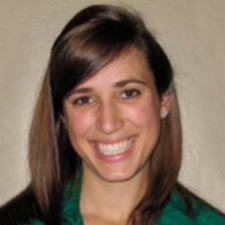 Katie Friederich, MD is chief resident in the Baylor College of Medicine Department of Pediatrics, Division of Neurology and Developmental Neuroscience. She earned her MD at Loma Linda University School of Medicine and completed her Pediatric residency at Children’s Hospital Los Angeles. Her clinical interests include general pediatric neurology with special interest in white matter diseases and neuro-immunology.

Dr. Friederich is one of a handful of 2nd generation pediatric neurologists; her father, Richard Friederich, MD, is Chief of Pediatric Specialties with Kaiser Permanente in Roseville, CA. 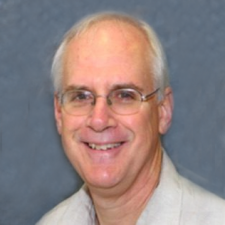 Richard Friederich, MD is a pediatric neurologist and Chief of Pediatric Specialties with Kaiser Permanente in Roseville, CA. He earned his MD at University of South Florida before completing a general pediatric residency at David Grant Medical Center (Travis AFB, CA). “Although I already knew I wanted to be a pediatric neurologist,” he writes, “the USAF had other plans for a while. I was chief of pediatrics at Minot AFB, ND 1983-1984 and Zaragoza AB, Spain, 1984-1987. While in Spain, I completed training to also become a flight surgeon for the USAF, and a launch on-site physician for NASA (Zaragoza was an alternate emergency landing sight for the shuttle missions).”

Dr. Friederich completed a pediatric neurology residency at University of Colorado Health Sciences Center in Denver, then spent 12 years serving as pediatric neurologist at Travis AFB, Chief Consultant for pediatric neurology for the entire USAF, Pediatric Training Program Direct for Travis AFB, and assistant Director of Medical Education. He retired from the US Air Force in 2002, after 22 years of active duty, and joined Kaiser in Sacramento. His daughter, Katie, is a resident in the Baylor College of Medicine Pediatric Neurology training program.