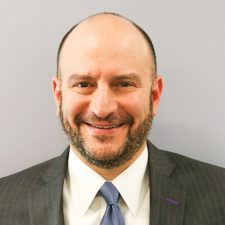 Dr. Bradley L. Schlaggar (ScB Brown University 1986; MD/PhD Washington University 1994) is the President and CEO of Kennedy Krieger Institute in Baltimore, MD, where he holds the Zanvyl Krieger Faculty Endowed Chair. He is a Professor of Neurology and Pediatrics at Johns Hopkins University School of Medicine. He directs the NICHD-funded Intellectual & Developmental Disabilities Research Center (IDDRC) at Kennedy Krieger. He also directs the NINDS-funded Child Neurologist Career Development Program, supporting the career development of aspiring physican-scientists. Prior to moving to Baltimore in August 2018, Dr. Schlaggar was the A. Ernest and Jane G. Stein Professor of Developmental Neurology, and Professor of Neurology, Radiology, Neuroscience, Psychiatry, and Pediatrics, at Washington University School of Medicine where he also served as the Pediatric Neurology Residency Director (2005-2013) and, from 2014-2018, as the Head of Pediatric & Developmental Neurology, co-Director of the IDDRC, and Neurologist-in-Chief at St. Louis Children’s Hospital. He has received numerous awards for research, mentorship, clinical care, and community service, including the Philip R Dodge Young Investigator Award from the Child Neurology Society, the Norman Geschwind Award for Behavioral Neurology from the American Academy of Neurology, the E. Mead Johnson Award from the Society for Pediatric Research, and the Frank Hatch Award for Outstanding Community Service from the John Merck Foundation. In 2021, he was elected into the Association of American Physicians. Dr. Schlaggar’s research is directed at understanding the development of the brain’s functional network architecture in typically and atypically developing children. 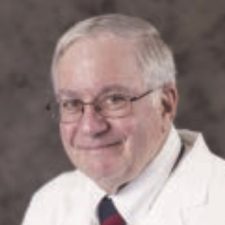 Bruce Shapiro attended Boston University’s six-year combined liberal arts and medical sciences program. After graduation in 1972, he undertook post-doctoral training at the Children’s Hospital National Medical Center in Washington, DC, where he was chief resident in pediatrics, and at Kennedy Krieger Institute. He is the vice president of training and is an attending physician at Kennedy Krieger Institute, St. Agnes Hospital and Johns Hopkins Hospital. Dr. Shapiro is also a professor of pediatrics at the Johns Hopkins University School of Medicine and the Arnold J. Capute, MD, MPH, Chair in Neurodevelopmental Disabilities.

Sakkubai Naidu is a graduate of Madras Medical college. She completed her Pediatric Residency at Downstate Medical Center- Kings County Hospital and her Pediatric Neurology Fellowship at Albert Einstein Medical Center New York mentored by Dr Isabelle Rapin. After working at Albert Einstein she moved to Loyola University in Chicago and then to Johns Hopkins Medical Center /Kennedy Krieger Institute in Baltimore. She was an assistant to Dr Hugo Moser with whom she did research in Peroxisomal disorders and then independently conducted research in Rett syndrome and Leukodystrophies. She is presently Professor Emeritus at Johns Hopkins University in the Departments of Neurology and Pediatrics. She is the recipient of the Hower award given by the Child Neurology Society USA. In addition she received Life time achievement awards by theMadras Neuro Trust and the Kerala Neurological Society in India, and International Rett Syndrome Foundation and Leukodystrophy Foundation in the USA. Her research was funded by the National Institute of Health (NICHD) and the FDA. 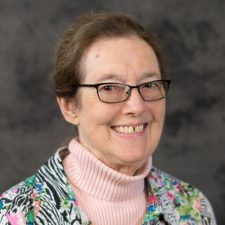 Ann B. Moser (BA in biochemistry, Radcliffe College and Harvard College, 1961) is Associate Professor Emerita in Neurology at Johns Hopkins University and the Kennedy Krieger Institute. During her college years, she worked as a technician in the laboratory of Dr. Konrad Bloch studying cholesterol metabolism. After graduation she was hired as a technician by Hugo W. Moser, MD who had a grant from the Multiple Sclerosis Society to study brain lipids in leukodystrophies at the McLean Hospital Biochemical Research Laboratory directed by Drs. Jordi Folch and Marjorie Lees. In 1963 she married Hugo W. Moser and they continued their research on inherited disorders affecting the nervous system at the Joseph P Kennedy Memorial Laboratories at Mass. General Hospital. In 1968 the laboratory moved to the Eunice Kennedy Shriver Center and in 1976 their research laboratory was established at the John F Kennedy Institute in Baltimore when Hugo W. Moser accepted the position as President of the Institute. Their research on X-linked adrenoleukodystrophy, ALD, began in 1978 when they and their colleagues developed the methods for analysis of very long chain fatty acids in tissues, plasma, and cells from ALD and related Peroxisomal disorders. As research continued for ALD, therapies were developed including dietary therapy using Lorenzo’s oil; however, allogenic hematopoietic transplants or gene therapy of the childhood cerebral form of ALD, CCALD, if done early in the disease was successful. As most ALD boys are diagnosed too late for this life-saving therapy, newborn screening for ALD was developed by the Ann and Hugo Moser and their colleagues. The ALD newborn screening assay, which measures the C26:0 content of lysophosphatidylcholine in the newborn blood spot was approved in 2015 by the Secretary of Health and Human Services to be added to the newborn screening programs in all states. Currently Ann Moser’s research is focused on the development of new therapies for ALD. 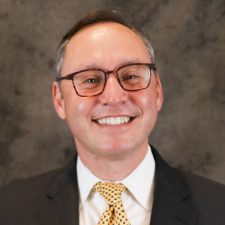 Dr. Ewen was the first CNS Resident Liaison for Neurodevelopmental Disabilities and is currently on the Awards Committee. He is past president of the Kennedy Fellows Association and the current head of strategic planning.