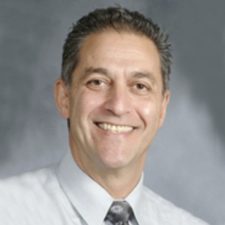 Dr. Barry Kosofsky is the Horace W. Goldsmith Foundation Professor of Pediatrics and Chief, Division of Pediatric Neurology at NewYork-Presbyterian Hospital/Weill Cornell Medical Center and the Director of the Horace W. Goldsmith Foundation Laboratory of Molecular and Developmental Neuroscience. He is also a Professor of Pediatrics and Professor of Neurology and Neuroscience at Weill Cornell Medical College as well as an Attending Pediatrician at NewYork-Presbyterian Hospital. He is Board Certified in Neurology with Special Competence in Child Neurology.

After receiving a B.A., M.A. in Biophysics at Johns Hopkins University, Dr. Kosofsky entered Johns Hopkins University School of Medicine, where he was awarded his medical degree (M.D.) and a Ph.D. in Neuroscience. He completed his pediatric residency training at Children’s Hospital in Boston. Following residency, Dr. Kosofsky served as Assistant Resident/Chief Resident at Massachusetts General Hospital in Boston, where he also completed a Post-Doctoral Fellowship in the MGH-East Molecular Neurobiology Laboratory. In 1992, he was appointed Instructor of Neurology at Harvard Medical School and joined the staff of Massachusetts General Hospital.

He joined Weill Cornell following 19 years at Harvard Medical School, where he was an Associate Professor of Neurology, and Massachusetts General Hospital, where he was an Associate Neurologist and Director of the Child Neurology Residency Training Program. Dr. Kosofsky is a past Scientific Program Planning Chair and served on the Board of Directors of the Child Neurology Society as Councillor for the Northeast (2011-13) and the longtime lead “anchorman” of the CNS Annual Meeting Child Neuro News Wrap.