Video captured October 26, 2016 at the 45th Annual Meeting of the Child Neurology Society, Vancouver, BC. 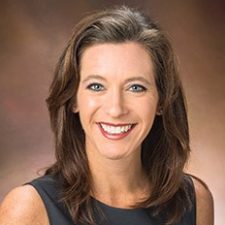 Brenda L. Banwell, MD, is chief of the Division of Neurology at The Children’s Hospital of Philadelphia.

Dr. Banwell’s clinical and research interests are in pediatric multiple sclerosis and other inflammatory brain disorders. She remains the lead investigator of the Canadian Pediatric Demyelinating Disease Program, which has now partnered with the pediatric demyelinating disease program in Philadelphia.

Here at CHOP, Dr. Banwell is the director of the Pediatric Multiple Sclerosis Clinic, a multidisciplinary clinic dedicated to children with multiple sclerosis and other acquired demyelinating diseases. Her clinical studies focus on the cognitive and neuroimaging features of pediatric multiple sclerosis, while the basic science work focuses on T and B-cell autoimmunity studies, MRI imaging, and studies of viral triggers.

Dr. Banwell is the principal investigator of a 23-site, eight-year study of acute demyelination in children from every pediatric health care facility in Canada and now CHOP (funded by the Canadian Multiple Sclerosis Research Foundation and CHOP). She holds CIHR Investigator Grants, operating grants from the Canadian Multiple Sclerosis Society, and has been successfully funded for over 12 years.

Dr. Banwell has more than 100 manuscripts published in high impact journals (including JAMA, Lancet Neurology and Nature Medicine), as well as 11 book chapters. She has over 100 invited lectureships or visiting Professorships in Canada, the United States and Europe. 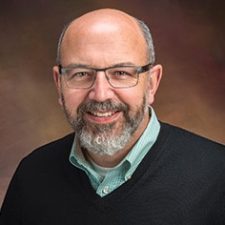 Daniel J. Licht, MD is Associate Professor of Neurology and Pediatrics and Director of the Neurovascular Imaging Lab, Perelman School of Medicine at the University of Pennsylvania. Dr. Licht earned his MD at New Jersey Medical School and completed his Pediatrics and Pediatric Neurology training at Children’s Hospital of Philadelphia.

Dr. Licht’s clinical expertise is in the neurological care for children who are critically ill. He serves as the neurology liaison to the cardiac intensive care unit and as consult attending for the Neonatal, Pediatric and Cardiac intensive care units. His special interests are the neurologic complications in the care of congenital cardiac disease and he is also an expert in pediatric stroke and a founding member of the pediatric stroke team at CHOP.

Dr. Licht ‘s work in fetal research includes development of an MRI technique to qualitatively assess fetal brain development as a tool to monitor fetal brain health. This is now being used to monitor a drug trial for a neuroprotective agent for fetuses identified with severe congenital heart defects. He is currently leading research to non-invasively image placental anatomy and function. 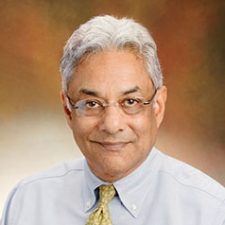 Gihan Tennekoon, MBBS, MRCS, LCRP, is an attending neurologist at CHOP and a professor of Neurology at the Perelman School of Medicine at the University of Pennsylvania. Dr. Tennekoon’s research interests include stem cell biology, neurofibromatosis, and biology of myelin forming cells. He serves on the editorial boards of the Journal of Neuroscience Research and Proceedings of the National Academy of Science. 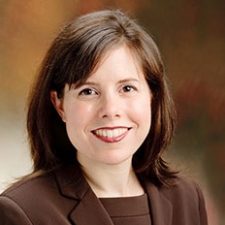 Amy Waldman, MD, is medical director of the Leukodystrophy Center, and a pediatric neurologist at The Children’s Hospital of Philadelphia. Dr. Waldman’s research career has focused on the development of visual and neurologic outcome measures in pediatric MS. As the recipient of the National Multiple Sclerosis Society-American Academy of Neurology Foundation (now American Brain Foundation) Clinician Scientist Development Award, Dr. Waldman pursued a Master of Science in Clinical Epidemiology (M.S.C.E.) from the Center for Clinical Epidemiology and Biostatistics at the Perelman School of Medicine at the University of Pennsylvania.

Dr. Waldman is a member of the Child Neurology Foundation Board of Directors.