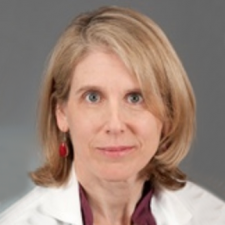 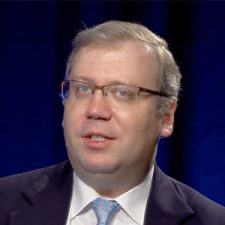 Christopher Elitt, MD, PhD, from Boston Children’s Hospital and Harvard Medical School, is the 2018 CNS Phillip R. Dodge Young Investigator Award. The award will support his ongoing investigations into the cellular mechanisms of brain injury in premature infants, and the development of novel therapies to prevent or mitigate those injuries.

As is so often the case, the confluence of personal experience and early mentoring led Dr. Elitt towards his career as a child neurologist and developmental neurobiologist. As Pasteur pointed out, chance favors the prepared mind. One of his younger brothers sustained a bilirubin-induced brain injury shortly after birth, and Chris therefore had a very direct knowledge of and perspective on the consequences for a child and family of dealing simultaneously with a movement disorder, significant language difficulties, and challenging neurobehavioral issues.

As an undergraduate at Brown University, he fell under the spell of neuroscience when he took an introductory course taught by Mark Bear. He chose neuroscience as his major, and worked in the perinatal brain research laboratory of Barbara Stonestreet. He did an honors thesis here, and began his serious examination of the premature brain here, learning the fundamentals of immunohistochemistry and scientific writing. He stayed on in the lab for a year after graduation, and by the time he left he had two publications and a platform presentation at the Society for Pediatric Research Meeting under his belt.

The Medical Scientist Training Program, funded by the National Institutes of Health, was a perfect fit as the next step on his path, and Chris went to the University of Pittsburgh. He did his dissertation with Brian Davis, PhD and collaborated closely with Karen Albers, PhD. His work led to the discovery that two Transient Receptor Potential (TRP) channels were up-regulated in the over-expressed state of a Glial Cell-Line Derived Neurotrophic Factor (Artemin) in a mouse model, and thus revealed an important mechanism of chronic pain, as well as opening effective lines of potential therapies. This fundamentally translational aspect to Dr. Elitt’s research has continued as a theme throughout his subsequent career.

Chris then came to Boston, both to work in the lab of Paul Rosenberg, MD, PhD studying injury and death mechanisms in oligodendroglia, as well as to be part of the larger efforts of Dr. Joseph Volpe’s Program Project Grant studying white matter injury in the premature brain. Chris also completed his rigorous clinical training, doing two years of general pediatrics in the Program, followed by three years of neurology and child neurology in the Boston Children’s Hospital program, and then two years of Fetal- Neonatal Neurology fellowship with Dr. Janet Soul. His continued scientific productivity in the context of such a clinically demanding training program is testimony to his organizational skills, stamina, and sustained vision. As one who was his frequent clinical supervisor, I can testify that his clinical work never flagged despite his rigorous lab schedule. And we can see from the fruits of his science that his clinical training was never an impediment to his scientific creativity and productivity.

Chris continued to study TRP channels, now in the context of oligodendroglia, and with special attention to the interaction with zinc biology and homeostasis. His work in this domain, for which he has been awarded the DYIA, shows exciting promise as a mechanism for both understanding one of the bases of white matter injury in the premature brain, as well as potential therapies to mitigate that injury.

Chris continues to work as a clinical neurologist, doing both fetal consults in the Advanced Fetal Care Center at Boston Children’s Hospital, as well as in the Neonatal Neurology outpatient clinic. He has developed strong collaborative ties with colleagues in neonatology, such as Dr. Mandy Belfort, which speaks to his long- term commitment to tie basic science research to clinical care and the development of new therapies.

This award recognizes a career trajectory that has already showed extraordinary discipline and sustained effort in the direction of developing reliable biomarkers for potential white matter injury in the premature brain, with an eye towards how those might also be used for meaningful intervention and prevention. This is translational neuroscience, from bench to bedside and back again, as it should be practiced. Chris, and his work, represent a career the Child Neurology Society is proud to honor and award the Philip R. Dodge Young Investigator Award, and also serves as a model for other young physician-scientists coming along.