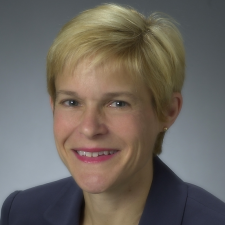 Dr. Zupanc has been a member of the Child Neurology Society and the American Epilepsy Society since the early 1980s. In 2016 she was elected by her colleagues to serve a two-year term on the Board of Directors as Councillor for the West. She has also been active in the American Epilepsy Society, serving as the co-chairperson for the Women with Epilepsy Special Interest Group and on the Nominating Committee. As a member of the Professors of Child Neurology for many years, she collaborated with others in the development of a formal pediatric neurology curriculum for residents. In addition, she has been active in the American Academy of Neurology and the American Board of Psychiatry and Neurology, including recent service on the ABPN Maintenance of Certification Committee and on the United Council of Neurological Subspecialties. 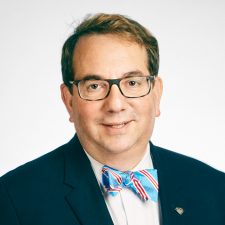 Bruce Cohen spent two years training in Pediatrics at Children’s Hospital of Philadelphia and completed Neurology training at Columbia-Presbyterian, before returning to CHOP for a Neuro-Oncology Fellowship. He spent 22 years at The Cleveland Clinic before moving his practice to Akron Children’s Hospital in 2011. His clinical and clinical trial research interests have included neuro-oncology, neurofibromatosis and mitochondrial diseases. He has also spent the bulk of his career participating in medical coding education and health policy advocacy, and has served for over a decade on the AAN CPT team, Practice Committee, Medical Economics and Management Committee, chair of the Coding Subcommittee and now chair of the Advocacy Committee and a member of the Board of Directors. He has been actively involved in the CNS Committee structure, joining the Practice Committee in 1995, and chairing that committee from 2006-2012. He has served on the CNS Executive Committee as Counselor from the Midwest (2013-2015), Secretary-Treasurer (2015-2020) and now President (2021-2023).