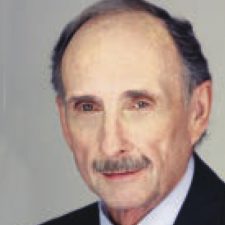 Dr. Donald Shields (Don) was born in Salt Lake City, Utah in 1941.  His father was a coal miner in Utah, and was part of the broad war effort during World War II.  The earliest inspiration to consider becoming a pediatric physician skilled in neurologic disorders took root during the first year of missionary service when he came across institutionalized children with severe intellectual and neurological disabilities.  After graduating from the University of Utah in 1967 with a major in chemistry, he entered the College of Medicine and received his M.D. in 1971.  He undertook pediatric training (1971-1973) at the Los Angeles County – University of Southern California. He returned to University of Utah for training in Child Neurology.  Dr. Patrick Bray had a powerful influence on Don’s professional aspirations to care for children and families in a setting where the satisfaction from clinical care could be enhanced by teaching and participation in research.

In 1976, Don Shields joined the faculty of UCLA School of Medicine, in the Division of Pediatric Neurology (founded by John Menkes), to work with Dr. Richard Schain.  Only a year into his career, Dr. Schain decided to pursue a different life, and Don Shields assumed the role of Acting Chief of the Division and became the Chief of Pediatric Neurology in 1980.  The eighties proved to be a remarkable period for pediatric neurology, especially pediatric epilepsy at UCLA.  Two important additions to the Division then were Dr. Alan Shewmon, a mathematician, concert pianist, and neurophysiologist who understood pediatric EEGs with an intuitive understanding that the tracings from developing brains needed a special approach to interpretation.  Around the same time, Dr. Harry Chugani joined the team at UCLA drawn to the remarkable novel developments underway with PET imaging, having studied mapping of regional glucose metabolism in the laboratories of Louis Sokoloff at the NIH.  Dr. Chugani began the PET study of cortical dysplasia in infants and was able to discern significant lesions that were difficult to delineate with the 0.3 Tesla MRI available at that time.  The remarkable dynamics of interaction of those three individuals and their partnership with Dr. Warwick Peacock, a recently arrived pediatric neurosurgeon from South Africa resulted in the surgical treatment of infantile spasms.  In those early years, Don Shields and the team faced significant skepticism about the wisdom and ethics of those procedures.  Soon, some of his most vocal critics began to adopt that approach, and gradually it has emerged as the standard at leading epilepsy centers throughout the world.

Don had a powerful influence on his trainees and represented an outstanding role model for combining empathy and compassion with clinical diagnostic skills.  In 1990, he was promoted to full professorship and in 1999 appointed to the Rubin Brown Distinguished Chair. His commitment to teaching resulted in his receiving the Robert C. Neerhout Faculty Teaching Award in Department of Pediatrics, UCLA, for two years back-to-back (1976-77; 1977-78).  He also received the “Golden Hammer” teaching award of the Department of Neurology twice, in 1993 and again in 2009.  The Sherman Mellinkoff Faculty Award for dedication to the art of medicine and to the finest in doctor-patient relationships is among the highest recognitions at UCLA and Don Shields was the recipient of that award in 2010.

Don Shields was the principal investigator of the first pediatric Epilepsy Surgery Program Project, and has served in NIH review panels.  He also participated in NIH workshops on pediatric epilepsy surgery and on pediatric anticonvulsant drug trials. He was elected to membership in the American Pediatric Society. He has held numerous positions in both the Child Neurology Society and the American Epilepsy Society.  He received the American Epilepsy Society’s service award in 1996. In addition to service on various committees, he also served as a councilor to the Child Neurology Society (1994-96).

One of the most important chapters in Don’s professional life has been the extraordinary leadership he provided to the Child Neurology Foundation (CNF). He assumed leadership of the CNF at a challenging time and demonstrated exceptional leadership skills in challenging the board to undertake a self-study of its goals and processes, and gently putting in place systems and processes that have produced excellent results. To quote Ms. Amy Miller, the present executive director:  “Today, CNF is more successful than it has ever been in its 16 years. This success is directly correlated to Don’s Presidency and the leadership action he took, with courage, with grace, and yes – with humility.”  This would come as no surprise to Don Shields’ trainees, including the one who assumed leadership of the division he built in 2005.

Subsequent to his retirement, Don Shields enjoys being a globetrotter with his wife Ginny, and his family time with his daughter, sons and grandchildren.  Moreover, he joined a country club and golfs.  Present trainees appreciate the time he spends with them in the clinic as a professor emeritus. 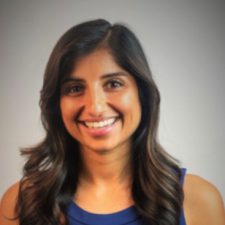 Dr. Rujuta Bhatt specializes in general pediatric neurology, autism, and related neurodevelopmental disorders. She is a Clinical Instructor in Pediatrics and Pediatric Neurology at UCLA Mattel Children’s Hospital and also a Behavioral Child Neurology Fellow working with Dr. Shafali Jeste within the UCLA Center for Autism Research and Treatment (CART) and the Jeste Lab.

After completing a combined BA/MD program at The George Washington University School of Medicine and Health Sciences, Dr. Bhatt completed residency in pediatrics and child neurology at UCLA Mattel Children’s Hospital. Her interest and research in neurodevelopmental disabilities and neurogenetics began in medical school. Dr. Bhatt was awarded a grant from The Child Neurology Foundation and the recipient of the W.T. Gill Summer Research Fellowship to study brain malformations and cognitive profiles of patients with Neurofibromatosis Type 1 (NF1). Dr. Bhatt also gained clinical expertise with this population by working in the NF1 Multidisciplinary Clinic at Children’s National Medical Center.

In addition to her clinical and research interests, Dr. Bhatt is an active member of the American Academy of Neurology (AAN) and the Child Neurology Society (CNS). Dr. Bhatt was selected as a participant for the Women’s Leadership Conference at the 2014 AAN annual meeting and also a recipient of the AAN Meeting Resident Scholarship Award. Dr. Bhatt was also identified as one of the rising leaders in Neurology and was one of ten selected members for the AAN Enhanced Resident Leadership Program. Dr. Bhatt also has a passion for medical education and works with the UCLA Medical Education Department, the CNS, and AAN to improve medical education at UCLA and nationally.