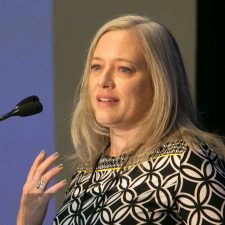 Dr. Audrey Foster-Barber is the recipient of the 2018 Arnold P. Gold Foundation Humanism in Medicine Award presented at the Chid Neurology Society Annual Meeting in Chicago.

Dr. Foster-Barber completed an undergraduate degree in biology from Harvard and subsequently earned a medical degree and doctorate in biochemistry with an emphasis on neuroscience at University of California San Francisco (UCSF), and completed the Medical Scientist Training Program and a postdoctoral fellowship in neurology. She also completed a residency in pediatrics and child neurology at UCSF and participated in the UCSF Teaching Scholars Program.

In addition to the Gold Humanism in Medicine Award, Dr. Foster-Barber is the recipient of numerous other awards, including the UCSF Medical Center Exceptional Physician Award, pediatrics’ department Fellow Teaching Award and Bank of America A. P. Giannini Medical Research Fellowship. 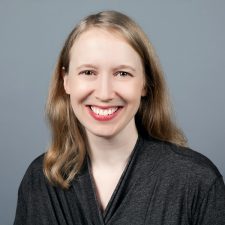 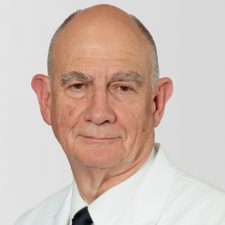 H. Terry Hutchison, MD, PhD (“Hutch” as he is affectionately known by colleagues, trainees and patients) began his Child Neurology career at the University of Texas Medical Branch, then practiced at Valley Children’s subspecialty medical group in Fresno, CA before joining the faculty at UCSF for several years, first as associate and then full professor. He “retired” from UCSF in 2011, to become the principal Child Neurologist at UCSF-Fresno, where he has been the interim Chair of Neurology since 2016.

In addition to teaching and administrative duties, outpatient clinic, and inpatient neurology care, Dr. Hutchison attends on the Pediatric Rehabilitation Service 42 weeks per year. He also attends on the Neuro-Intensive Care Nursery at UCSF (in San Francisco), and in the Neonatal Intensive Care Unit at UCSF Fresno.

Dr. Hutchison is passionate about helping people with neurological conditions in the U.S. and abroad. Since 1985, He has been the Child Neurologist for Proyecto Nino, an annual weeklong Pediatrics clinic in the state of Hidalgo, Mexico. He is fluent in Spanish, and every year, he serves about 120 Pediatric Neurology patients during the week at no charge. In recognition of this work, he was recently named a Paul Harris Fellow by The Rotary Foundation of Rotary International. This award was given “in appreciation of tangible and significant assistance given for the furtherance of better understanding and friendly relations among the people of the world.” Dr. Hutchison is the 2019 recipient of the Arnold P. Gold Foundation Humanism in Medicine Award to be presented at the CNS Annual Meeting in Charlotte, NC in October.