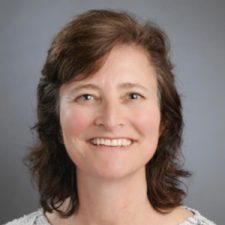 Amanda J. Spiro, MD is a pediatrician practicing in Bedford, NH and the daughter of Dr. Alfred J. Spiro, the recipient in 2018 of the CNS Roger and Mary Brumback Memorial Lifetime Achievement Award. She received her MD from the Albert Einstein School of Medicine and completed her Pediatrics Residency at Montefiore Medical Center. 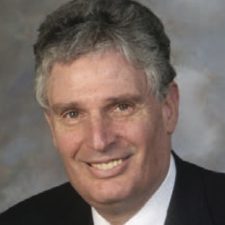 The Child Neurology Society presents the 2017 Bernard Sachs Award to Solomon L. Moshé, M.D. “Nico” (as he is better known) and his work are well known to all those who practice child neurology and epilepsy. He is the quintessential quadruple-threat: clinician, teacher, scientist and, nowadays administrator. He is, simply, a giant of child neurology and epilepsy whose contributions have vastly improved our ability to care for children.

Dr. Moshé received his medical degree from the National Univeristy of Athens School of Medicine (summa cum laude) in 1972. He immigrated from Greece to enter his U.S. pediatrics training at the University of Maryland. It was at the University of Maryland that Dr. Moshé met his closest advisor and mentor, Dr. Marvin Cornblath. Dr. Cornblath instilled in Dr. Moshé a deep appreciation for the critical role of research in medicine. This relationship led to the meeting of Dr. Cornblath’s daughter, Nancy Cornblath, who Dr. Moshé would later marry. After two years in pediatrics, Dr. Moshé went on to complete three years in child neurology training at Albert Einstein in 1978, followed by a research fellowship at Albert Einstein College of Medicine in 1979.  It was at Albert Einstein that Dr. Moshé would meet his most influential professional figure, the renowned  developmental neurologist, Dr. Isabelle Rapin. Dr. Rapin had a profound impact on Dr. Moshé, and their relationship led him to a clinical and research career in epilepsy. Dr. Moshé’s academic career progressed rapidly. He founded the Laboratory of Developmental Epilepsy and became professor in 1989. He is now the Charles Frost Chair in Neurosurgery and Neurology, and Tenured Professor of Neurology, Neuroscience, and Pediatrics at the Albert Einstein College of Medicine/Montefiore Medical Center in the Bronx, New York. He is also the Vice Chair of the Saul R. Korey Department of Neurology, Director of Child Neurology and Director of Clinical Neurophysiology.

Dr. Moshé is well know for his prolific research contributions. Since 1979 his research has focused on understanding the mechanisms underlying age and sex-related differences in epilepsy in humans and animal models. His first major focus included work in the animal model of kindling in the developing brain. Dr. Robert Ackermann was critical to this early work as he taught Dr. Moshé much of what he knows about research methodology, design and interpretation as well as effective teaching methods. Dr. Moshé’s work in seizures in the developing brain was so groundbreaking that his abstracts and manuscripts on this subject were initially rejected given the absence of prior publications on the topic. He would later publish “The effects of age on the kindling phenomenon” in Develpmental Psychobiology in 1981. This led to several more publications on this subject, including the first evidence that, although the immature brain is more prone to develop seizures and status epilepticus, neither induces the hippocampal injury often seen following seizures in adults. He then focused on understanding the mechanisms underlying  age related seizure control. His work emphasized the role of subcortical circuits, including age and sex related maturational patterns of the substantia nigra pars reticulata in health and disease. His laboratory has also developed and patented a novel animal model of human infantile spasms. This “multiple hit model of infantile spasms” has already yielded insight into the pathogenesis and new candidate treatments for infantile spasms. In 2017, he and six other principal investigators were awarded a $21.7 million “Center without Walls” grant for interdisciplinary research aimed at accelerating the development of disease modifying or prevention therapies for epilepsy following traumatic brain injuries, titled “The Epilepsy Bioinformatics Study for Antiepileptogenic Therapy (EpiBioS4Rx).” Dr. Moshé is also actively involved in several large multicenter studies examining the consequences of prolonged febrile seizures and absence epilepsy. He has contributed to approximately 500 original research manuscripts, reviews, chapters, books and monographs.

Dr Moshé has been the recipient of many awards, including the 1995 Jacob Javits Neuroscience Investigator Award from NINDS; the 1984 Michael Prize for Achievements in Epilepsy Research; the 1990 American Epilepsy Society Research Award; the 1999 Ambassador for Epilepsy Award from the International League Against Epilepsy; the 2005 Gloor Award from the American Clinical Neurophysiology Society; the 2007 J.E. Purkyne Honorary Medal in Biomedical Research by the Czech Academy of Sciences; the 2008 Mentor of the Year Award from Albert Einstein College of Medicine; the 2010 Global and Awareness Award from CURE, Citizens United for Research in Epilepsy; and the First 2012 Saul R. Korey Award in Translational Science and Medicine, Albert Einstein College of Medicine.

Dr. Moshé has served as President of the International League Against Epilepsy (2009-2013), the American Epilepsy Society (2000-2001), the American Clinical Neurophysiology Society (1996-1997) and the Eastern Association of EEGers (1992-1994). Of special note, during his tenure as President of ILAE, he collaborated closely with the World Health Organization governmental and non-governmental agencies to increase the access of care for people with epilepsy.  He has been a recurring invited speaker both nationally and internationally.  In fact, Dr. Moshé has a played a critical role in shaping the care of children around the world. His work in India is a case in point. Working with the Amrita Institute of Medical Sciences, he helped established child neurology and epilepsy programs in Kerala promoting better care through academic excellence.

A driving force for Dr. Moshé’s choice to become a physician was his desire to be a teacher.  He has been a scientific advisor to numerous child neurology residents, clinical neurophysiology residents, predoctoral students and postdoctoral fellows in medicine, but also in the arts (i.e. movies, theater, music,  including opera) and sports (in his spare time he coached soccer in youth leagues). He believes that a successful physician-teacher must use every opportunity to teach as well as  learn. He considers his collaborations with his colleagues at Einstein and abroad as his most successful achievements, including his long-standing partnerships with Drs. Shlomo Shinnar, Karen Ballaban-Gil and Aristea Galanopoulou, the current Director of the Laboratory of Developmental Epilepsy. He would like to thank all his colleagues for helping create an environment of mutual respect, learning and camaraderie.

Dr. Moshé lives with his wife, Nancy Cornblath Moshé, in New York. Nancy and Nico are the proud parents of Jared Moshé (an accomplished movie writer-director) and grandparents to Gus Moshé.