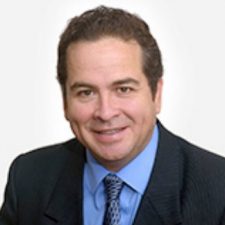 He is an Assistant Professor of Pediatrics and Neurology at Boston University and is a clinical pediatric neurologist at Boston Medical Center. He has been recognized by Boston Magazine as Top Child Neurologist in the area. He is author of over 40 peer-reviewed publications that focus on the diagnosis and treatments of several pediatric and neurological conditions in particular pediatric concussion.

Dr. Torres has conducted research for many years, and serves as Director of the International Program, Hispanic Services and Pediatric Concussion Program.

In addition to his clinical and research activities, he is very involved in national organizations including the Child Neurology Society, the American Academy of Pediatrics and Brain Injury as well some international organizations. A committed mentor, he has won several awards for his mentoring of early career investigators.

He has founded and volunteered for the Ecuadorian Association of New England since 2005, serving on a variety of local and national Committees. He is a Board Member of the Wellesley United Soccer Club, American Academy of Pediatrics, SOICH section, Neurology Section, ICATCH program, and the Child Neurology Society, Awards Committee. Dr. Torres is a member of the Editorial board for the Journal of Pediatric Neurology, Child Neurology and many others. 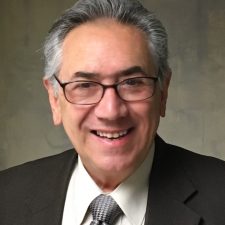 Dr. Oscar Papazian has been an active member of the Child Neurology Society for more than 40 years. Dr. Papazian received the 2016 Arnold P. Gold Foundation Humanism in Medicine Award presented at the 45th Annual Meeting of the Child Neurology Society in Vancouver, BC. The following profile was written by his longtime friend and colleague in child neurology, Dr. Leonardo Garcia>

Dr. Papazian was born on May 18th, 1942 in Regla, Habana, Cuba. His mother Celia† and his father Oscar Zohrab† were born in Cuba and Turkey from Catalan and Armenian backgrounds. He graduated from high school at Escuelas Pias Catholic School. In May 6th, 1965, at the end of his fifth year at University of Havana Medical School, with only one course left to complete his degree, and while serving in the capacity of Instructor in Neurophysiology, Oscar was expelled from the University of Havana Medical School from both his student and his faculty position because he was not supporting the communist regime. At that point, he continued his studies through hands-­on experience by working under the supervision of Dr. Carlos Ramirez­Corria†, a famous Cuban Neurosurgeon, and Oscar’s mentor, until he and his family were allowed to move to Madrid, Spain on June 11th, 1969 as political refugees. He passed his USA medical foreign examination (ECFMG) in 1970. He obtained the degree of Doctor in Medicine of the Madrid Complutense University Medical School in 1971. He spent six months under the supervision of Professor Alberto Ravano Navas†, Chief Neurologist, at Professor Vara Lopez † Neurosurgical Service at San Carlos University Hospital, Madrid, Spain.

He and his family moved to Miami, Florida, USA in 1971, where he completed the first two years of Pediatric Residence at Variety Children’s Hospital (currently Nicklaus Children’s Hospital), under Professor Robert B. Lawson†, followed by three years of Neurology Residency with Special Competence in Child Neurology at the University of Miami/Jackson Memorial Hospital (UM/JMH) under Professor Peritz Chambers† and Professors Stuart B. Brown and Robert F. Cullen, Jr. His mentor, Dr. Robert B. Daroff, introduced him in the field  of Myasthenia Gravis.

At the end of Oscar’s pediatric neurology residency, in 1976, he was contracted by Professor R. F. Cullen, Jr., Director of the Neurology Division, Variety’s Children’s Hospital (currently Nicklaus Children’s Hospital) and joined Drs. R. F. Cullen, Jr. and Danilo Duenas, and thus he began his practice in Miami, Florida. He was granted his request to open a neurology clinic in order to follow­up on his staff patients from UM/JMH at Variety’s Children’s Hospital. He also was granted his request to evaluate, pro bono, patients with special needs, such as Cerebral Palsy and Muscular Dystrophies, at his private office. He also evaluated the Spanish speaking patients with seizures disorders through the Epilepsy Foundation on a monthly basis. He also had a Cerebral Palsy Clinic at the Miami Union Cerebral Palsy bi monthly.

For his humanitarian services, Oscar was recognized by the Muscular Dystrophy Association, the South Florida Epilepsy Foundation, the Miami Union Cerebral Palsy, the Costa Rica Neurodegenerative Disease Association and the Panama Neurodevelopmental Association (NEURODINA), and Miami Children’s Hospital (MCH) (currently Nicklaus Children’s Hospital) Medical Staff in acknowledgement of his “Many Years of Dedicated Service to the Children of South Florida”.

At MCH, he founded and was the director until 2012 of the Clinical Neurophysiology Laboratory, Spasticity Clinic and Movement Disorder Clinic. Oscar also became the director of Neuromuscular Disorders Clinic after Dr. Danilo Duenas retirement from MCH. Oscar was among the first in the USA to apply continuing evoked potentials of central and peripheral nervous system during surgery to prevent injuries in children. His clinical areas of interest are Cerebral Palsy, Brachial Palsy, Neuromuscular Disorders, Myasthenia Gravis, Neurodevelopmental disorders and lately Executive Function Disorders.

He was Associate Professor at Affiliated Institution, Department of Neurology, Miller Medical School, University of Miami until 2012. He is Clinical Associate Professor, Department of Pediatrics, Herbert Wertheim College of Medicine, Florida International University. He has trained 11 Spanish speaking pediatric neurologist from different Iberoamerican countries in Clinical Neurophysiology and 24 among the other areas of his expertise.

In spite of his busy schedule, Oscar was Editor-­in­-Chief of International Pediatrics for 10 years and Director of the Child Neurology Postgraduate Course for 30 years, which featured national and international speakers. Every speaker, without exception, wrote a review article of his or her presentations, with references. Each review article was peer reviewed and published in a special supplement of International Pediatrics. Oscar started similar courses in Spanish, Portuguese and/or English, once a year in different countries, including Spain, USA, Argentina, Brazil, Colombia, Mexico, Costa Rica, Panamá, Honduras, Venezuela, Chile and Ecuador. The success was such, that Oscar founded and acted as the first president of the Iberoamerican Academy of Pediatric Neurology (AINP). He was the Local Chairman of the Child Neurology Society Thirty Second National Meeting held in Miami Beach, Florida from October 1­4, 2003.