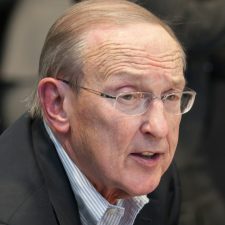 Michael J. Painter, MD, Past-President of the Child Neurology Society and of the Child Neurology Foundation, passed away on October 17, 2019 in Jacksonville, FL.  Mike was a leader, a mentor, and a compassionate and innovative physician.  He was born in Detroit, Michigan, completed his undergraduate training at Georgetown University with a BS in biology, and received his MD degree from the University of Michigan. He did his internship and residency at the Children’s Hospital of Pittsburgh and was pediatric chief resident under Dr Donald Medearis. Following a 2-year stint in the United States Air Force, he went to Columbia University, where he was a visiting fellow in pediatric neurology under Dr Sidney Carter. He then returned to Pittsburgh as a faculty member and served as chief of the Division of Child Neurology from 1978 through 2002. He remained a member of the Division and a professor in the departments of Pediatrics and Neurology at the University of Pittsburgh until moving to Florida. Mike devoted his career to advocacy for child neurologists and the children and families they serve and the building of the subspecialty of child neurology. He was president of the Professors of Child Neurology from 1994 to 1996 and president of the Child Neurology Society from 1999 to 2001. He played a pivotal role in the American Board of Psychiatry and Neurology, both as an examiner and as a developer of the new examination for certification in neurodevelopmental disabilities. He was an active member of the American Neurological Association, New York Academy of Sciences, and American Pediatric Society and served on the editorial boards of Neurology, Pediatric Neurology, and Journal of Child Neurology and as a reviewer for Developmental Pharmacology and Therapeutics, American Journal of Diseases of Children, Annals of Neurology, Therapeutic Drug Monitoring, Journal of Pediatrics, Pediatrics, and Stroke.  But Mike will be best remembered by those who knew him best for his quick wit, his steadfast friendship, his passion for and prodigious knowledge of Civil War history, and his love for his family, including his wife Judy, his three children, and his grandchildren, for whom he spent many hours using his outstanding woodworking skills to make beautiful chests of drawers. 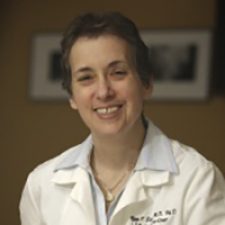 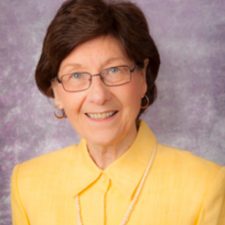 Patricia K. Crumrine is Professor of Pediatrics at the University of Pittsburgh School of Medicine and Residency Program Director of Child Neurology at the Children’s Hospital of Pittsburgh.  She graduated from Marietta College with a BS in Biology in 1964 and received her MD degree in 1968 from the Women’s Medical College of Pennsylvania.  She completed three years of pediatric residency training at Cleveland Metropolitan General Hospital and then went to Columbia University for her Child Neurology training under Dr. Sidney Carter which she completed in 1974.   She spent a year at the Gundersen Clinic in LaCrosse, Wisconsin as a clinical child neurologist and was then recruited to the University of Pittsburgh, Children’s Hospital of Pittsburgh in 1975 .  She has served as Director of EEG and the Pediatric Epilepsy Program there.  In 2005 she was appointed as the Child Neurology Residency Training Director.  Dr. Crumrine’s clinical and research interests have been  in the field of epilepsy.

Dr. Crumrine has served many roles in the Child Neurology Society: chair of the membership committee (1986-1989), CNS Newsletter Editor (1989-1998), Councillor from the Northeast (1995-1997), and Secretary- treasurer (1998-2002). She has been a member of the board of the Child Neurology Foundation, serving as secretary-treasurer from 2003-2009. She has been the recipient of the Robert Eiben  lectureship  at Cleveland Metropolitan General Hospital in 1998, the Lifetime Achievement Award from the Drexel Alumni Association in 2012, and the CNS Lifetime Achievement Award in 2015.