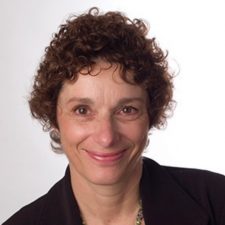 Donna M. Ferriero, M.D. is Professor of Pediatrics and Neurology and Chair of the Department of Pediatrics and Physician-in-Chief of the UCSF Benioff Children’s Hospital. Dr. Ferriero is Director of the Neonatal Brain Disorder Laboratories and co-director of the Newborn Brain Research Institute at UCSF. Her laboratory has been critical in defining the role of oxidative stress during hypoxia-ischemia and the relationship of selectively vulnerable populations of neural cells during maturation-dependent injury. She has been recognized by the University and by her residents as an outstanding teacher, receiving the UCSF Academic Senate Distinguished Teaching Award in 1991, and the Robert B. Layzer Neurology Teaching Award in 1994. She is active in mentoring programs for medical students, residents and junior faculty, and she was recognized for these efforts with the UCSF Chancellor’s Award for the Advancement of Women in 2000 and the Maureen Andrew Mentor Award from the Society for Pediatric Research in 2006. She is a recipient of the Holly Smith Award for outstanding service to the School of Medicine .

Dr. Ferriero has served on the CNS Board of Directors as Councillor for West (2004-06) and President (2009-11). She received the CNS Bernard Sachs Award in 2006. Dr. Ferriero has served on council for the American Neurological Association and American Pediatric Society and is past Chair of NIH NSD-A Study Section. She is currently on council for NINDS. She is on the editorial boards of Nature Clinical Practice Neurology, Pediatric Research (Associate Editor), Pediatric Neurology, Journal of Child Neurology, Journal of Pediatric Neurology, Current Pediatric Reviews, Current Opinions in Pediatrics (Neurology), and Annals of Neurology. She is the recipient of the 2000 Sydney Carter Award in Child Neurology for excellence and leadership in Child Neurology, and was elected to the Institute of Medicine of the National Academy of Sciences in 2005. She received the Royer Award for Excellence in Academic Neurology in 2007 and the Willis Lecture for outstanding contributions to stroke research in 2010. 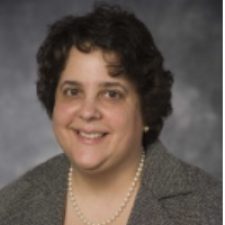 Dr. Bass received her MD at Southern Illinois School of Medicine, then completed her Pediatrics internship at SIU/St. John’s Hospital and her Pediatric Neurology training at Cleveland Clinic Foundation. She served in the Neurometabolic Clinic at UCSF and as Clinical Director of the UCSF Batten Disease Clinic before joining the faculty at Ranbow Babies and Children’s Hospital in 1999.

Dr. Bass’s primary areas of research interest include neurocutaneous disorders, neurometabolism, and neurogenetics. She is a member of the CNS Maintenance of Certification Committee actively involved in writing self assessment exams for child neurologists preparing for ABPN recertification.