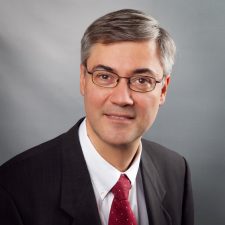 Mustafa Sahin is an Associate Professor in Neurology at Boston Children’s Hospital. He received his MD and PhD in neurobiology at the Yale University School of Medicine. He completed an internship at Children’s Hospital of Philadelphia and residencies at both CHOP and Boston Children’s Hospital. He has received numerous awards, including a Mentored Clinical Scientist Development Award, a William Randolph Hearst Fund Award, a Spinal Muscular Atrophy Foundation Young Investigator Award, the 2005 CNS Young Investigator Award, and a 2009 John Merck Scholar Award.

Dr. Sahin’s lab is investigating the normal cellular functions of signaling pathways implicated in neurological disease, with an emphasis on axon growth and guidance. The research centers upon the proteins affected in tuberous sclerosis complex (TSC) and spinal muscular atrophy (SMA) — two neurological disorders whose genetic basis is well understood but whose cell biology remains unknown.

Scott Pomeroy is the Bronson Crothers Professor of Neurology and Director of the Intellectual and Developmental Disabilities Research Center of Harvard Medical School, and since 2005 Chairman of the Department of Neurology and Neurologist-in-Chief of Boston Children’s Hospital.

Dr. Pomeroy returned to Boston Children’s Hospital in 1991 to join the faculty of the Department of Neurology. He received the CNS Young Investigator Award in 1989 and was the first recipient of the Compassionate Caregiver Award of the Kenneth Schwartz Center in 1999. He has also received the Sidney Carter Award from the American Academy of Neurology and the Daniel Drake Medal from the University of Cincinnati for his work on medulloblastoma.  He serves as President-elect of the Child Neurology Foundation, and in 2017 was elected as a member of the National Academy of Medicine.